Water sustainability embodies the approach required to manage our water resources and the services they provide to both humans and the natural world. In some circles, sustainability has come to mean maximizing human consumption of natural resources by pushing nature to the brink of capacity for the purposes of only of promoting human development. We do not believe this definition represents the true spirit behind the concept of natural balance. Sustainability should not be guided by a human centric approach. Instead, sustainability should be the pursuit of conservation and preservation strategies to maximize biodiversity and ecosystem health for all, humans being but one part of the natural world.

Creating sustainable and resilient cities requires understanding the network properties of food, energy, water and other infrastructures impacting our natural world. The oceans, and in particular their coastal areas are an essential component of the Earth’s ecosystem hosting between 500,000 and 10 million species that provide a wide range of ecosystem services. The oceans are key contributors to the global economies also in the transportation, energy and tourism sectors. The United Nations estimated that “over three billion people depend on marine and coastal resources for their livelihoods”. The oceans and their resources are therefore critical to food security and human welfare, while providing an essential buffer to global climate warming and to the decline of biodiversity.

Sustainability is not merely unperturbed systems, but systems that have not suffered serious or irreversible harm. Ecosystem integrity allows for the provision of so-called supporting ecosystem services which, in turn, are the bases of important regulating, provisioning and cultural ecosystem services that are of crucial importance for humans. Whereas the benefits provided by oceans, seas, rivers, and marine resources are important to all people, the poor, indigenous peoples, and vulnerable groups with a high dependency on natural resources and ecosystem services  have their well-being especially tied to these benefits. The link between water resources and human well-being is not one-sided. While an increase in human well-being is frequently generated at the cost of ecosystem integrity, it can also potentially reduce the negative anthropogenic impacts on the marine environment. For example, due to a more sustainable use of resources, changes in production and consumption patterns and improved management and control of human activities. In order for this to happen, we must improve environmental governance.

Heritage represents the legacy of tangible and intangible heritage assets of a group or society that is inherited from past generations. We must acknowledge that the legacies of colonial heritage have caused many  harms that have robbed indigenous communities of their own culture and land. Stewardship and preservation of the Earth and all her waters will not truly happen until  we recognize the heritage of the natural world and the people's who historically served as her stewards. We serve as allies in the efforts of decolonization. We support and amplify voices, stories and narratives that will help Portlander's understand the true history of our area, so that as a community we may learn, grow, repair, and never repeat the harms of the past. Heritage also represents  Land Acknowledgment. This  is a formal statement that recognizes and respects Indigenous Peoples of the Willamette Valley,  traditional stewards of this land and the enduring relationship that exists between Indigenous Peoples and their traditional territories. To recognize the land is an expression of gratitude and appreciation to those whose territory you reside on, and a way of honoring the Indigenous people who have been living and working on the land from time immemorial. It is important to understand the long standing history that has brought you to reside on the land, and to seek to understand your place within that history. Land acknowledgments do not exist in a past tense, or historical context: colonialism is a current ongoing process, and we need to build our mindfulness of our present participation. It is also worth noting that acknowledging the land is Indigenous protocol.

Whereas, Portland is a port town surrounded by rivers and waterways leading to the Ocean, and is steeped in a history of economic development, colonization and industrialization. We acknowledge that the Willamette Valley, its tributaries, and the land Portland currently resides on was once the original home to the Kalapuya peoples.

Whereas, We also acknowledge the once open streams and lakes that existed across
Portland’s downtown, and what is now the NW industrial area. These waters included Tanner Creek, Couch Lake, Guilds Lake, and the Marquam Gulch which is now buried under I-5. The areas were destroyed for the purposes of creating sewer pipelines, and industrial expansion. In the beginning, Portland expansion efforts gave little thought to the indigenous communities living here, or the long-term consequences of pollution.

Whereas, In recognition of our history, and our obligation to repair, Portlanders remain committed to environmental protection, conservation, and stewardship, as well as creative efforts to inspire social and environmental change protecting Portland rivers and waterways.

Whereas, PDX SPLASH month is a month-long series of events taking place each July dedicated to water, river, and ocean awareness, specifically as it relates to the Willamette Valley, and it’s tributaries. Events include but are not limited to: outdoor activities, art events, educational symposiums, films, parades, and festivals. S.P.L.A.S.H. stands for Stewardship, Preservation, Local, Arts, Sustainability, and Heritage.

Whereas, PDX SPLASH month provides an opportunity for Portland creatives, local organizations, businesses, community, and advocacy groups as well as members of the public to participate and collaborate in activities all benefiting Portland’s mission to be a leading city in sustainability and environmental responsibility.

Now Therefore, I , Ted Wheeler, Mayor of the City of Portland, Oregon, the "City of Roses," do hereby proclaim every month of July to be

PDX S.P.L.A.S.H.  month
In Portland and encourage all residents to observe this month. 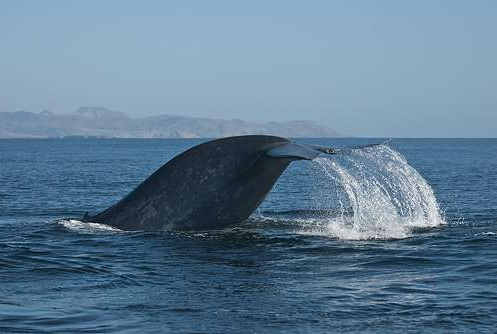 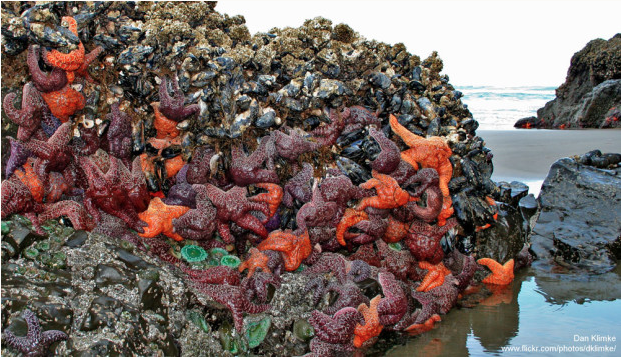 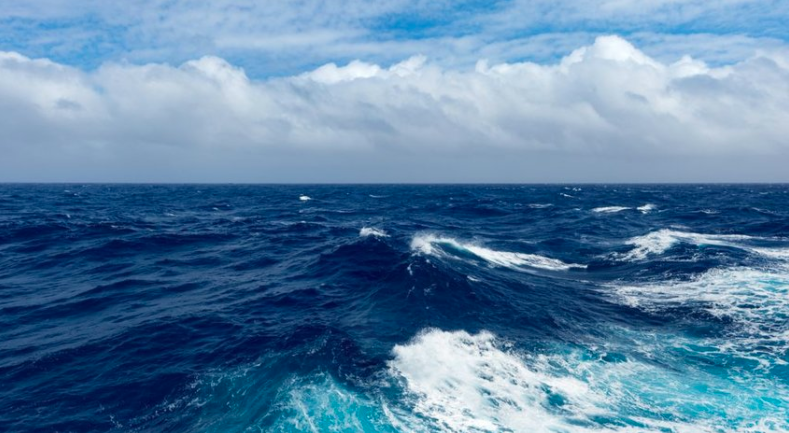 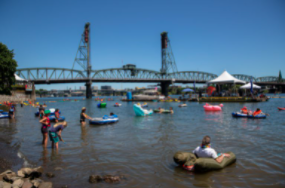 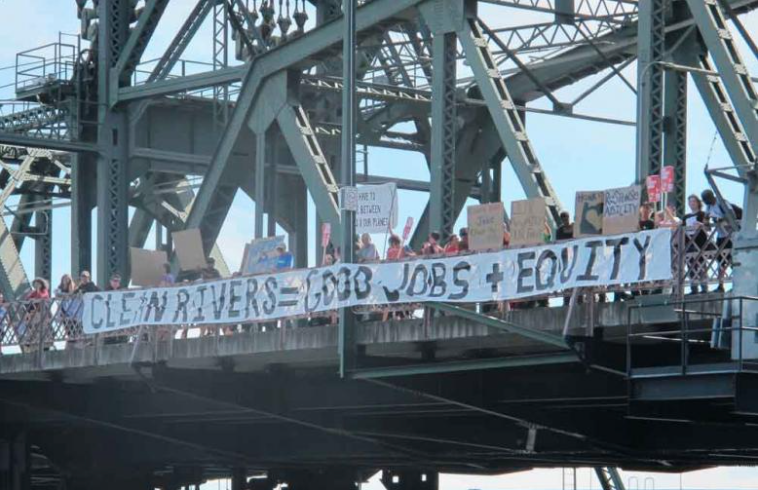 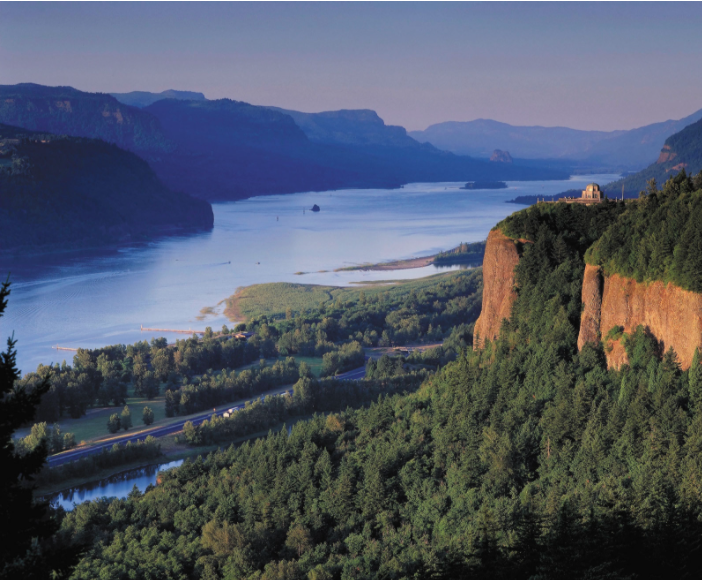 Willamette River
The mainstem Willamette flows 187 miles north from the confluence of the Middle and Coast Fork Willamette Rivers, to its confluence with the Columbia River.Bound by the Cascade Mountain Range to the east and the Coast Range to the west, the Willamette Basin is the largest watershed entirely contained within the state, draining 11,487 square miles- that’s nearly 12% of the Oregon!

It is the 13th largest river by volume within the U.S., and also claims the 2nd largest waterfall by volume in the U.S. at Willamette Falls in Oregon City (2nd only to Niagara).

There are 13 significant tributaries, and 13 U.S. Army Corps dams, as well as other private dams, along Willamette tributaries, resulting in a highly regulated flow on the mainstem.

One of the key source waters of the Willamette system is Waldo Lake, one of the purest lakes in the world, in contrast to the highly polluted Superfund site located at the “end” of mainstem river, where it flows into the Columbia.

The river winds its way through Oregon’s most populous cities including Eugene, Salem, and Portland, in addition to farmlands, forests, and quiet towns.

70% of Oregon’s population lives in the Willamette Valley, and most of those residents live within a 20 minute drive of the river.​

The Willamette River Greenway System, started in the early 1970s and conceived by Governor Bob Straub, now has over 10,000 acres along the Willamette River. Most of it is owned by the Oregon State Parks and Recreation Department, with some additional lands owned by the Oregon Department of State Lands. Some of these lands are large developed Parks, and others are undeveloped natural areas along the river.​

Columbia River
The Columbia River is the largest river flowing into the Pacific Ocean from North America. It is exceeded in discharge on the continent only by the Mississippi, St. Lawrence, and Mackenzie rivers.

The Columbia is one of the world’s greatest sources of hydroelectric power and, with its tributaries, represents a third of the potential hydropower of the United States. In addition, its mouth provides the first deepwater harbor north of San Francisco.

The Columbia drains some 258,000 square miles (668,000 square km), of which about 85 percent is in the northwestern United States. Major tributaries are the Kootenay, Snake, Pend Oreille, Spokane, Okanogan, Yakima, Cowlitz, and Willamette rivers. High flows occur in late spring and early summer, when snow melts in the mountainous watershed. Low flows occur in autumn and winter, causing water shortages at the river’s hydroelectric plants.

The Columbia flows from its source in Columbia Lake, at an elevation of 2,700 feet (820 meters), in British Columbia near the crest of the Rocky Mountains, to the Pacific Ocean at Astoria, Oregon. For the first 190 miles (305 km), its course is northwesterly. It then flows to the south for 270 miles (435 km) to the border of Canada and the United States (elevation 1,290 feet [390 meters]), where it enters northeastern Washington.

Animal life was abundant and varied prior to white settlement. Notable were the great runs of salmon and steelhead trout; populations of beavers, deer, elk, bears, and bighorn sheep; flocks of waterfowl and upland birds, including eagles, ospreys, hawks, and falcons; and numbers of western rattlesnakes.

The ability of the region to sustain large populations of wildlife has been drastically reduced, especially for salmon and beavers. Bald eagles and peregrine falcons were once listed as endangered but have recovered in numbers throughout the region.

There has been continued concern over the declining number of salmon, despite the presence of fish ladders and other passage facilities designed to make possible the continued annual upstream run of spawning salmon beyond dams on the river.

Native vegetation at lower elevations of the interior basin is mostly of the shrub-steppe variety, dominated by sagebrush and bunchgrasses.

With increasing elevation, shrub-steppe gives way to ponderosa pines and then to firs, larches, and other pines.

More than half of the original shrub-steppe vegetation has been eliminated by grazing and farming. Cheatgrass has become a troublesome invader.